SAVE WITH 10% OFF ON ALL ORDERS + FREE SHIPPING

Would you, as a woman, be surprised to know you snore? Although many women do, so many are completely unaware of it, putting the health of their body, mind and, often, relationship, at risk.

These are three reasons why a woman may not know she snores:

People think more men than women snore (they do, but not by much)

I bet you think more men than women snore. Well, you’re not entirely wrong about that. It’s an assumption based on research conducted mainly on male patients. (Yes, women aren’t only ignored as potential leaders, subjects in literature and directors of movies but as research subjects, too). Studies from thirty and forty years ago backed up this belief with the male to female ratio for sleep apnoea at about 60:1. However, more modern studies on general populations suggest it is more realistically 2:1 so your bet wasn’t as safe as you thought. Women often don’t realise they snore because they just don’t think women generally do.

We all know women are more in touch with their feelings but in the case of snoring and sleep apnoea, this might be the reason the condition is misdiagnosed. Typical symptoms of sleep apnoea and snoring are similar in both men and women. Women who snore tend to report more of their symptoms to their doctor, particularly tiredness, lethargy, lack of libido, weight increase, headaches and depression. Men are more direct, immediately telling the doc that they have come for snoring because someone has complained. They generally tend to suffer through the other symptoms without asking for help. Men are as embarrassed by a decrease in their sex drive or feeling depressed as women are by their snoring. Mars and Venus! Women are therefore treated for symptoms rather than the underlying cause of their snoring or sleep apnoea.

A partner would often rather suffer through the night-time trumpeting emanating from the other side of the bed than risk a night on the couch or an elbow in the ribs leading to all chance of a morning slap and tickle flying out the window. That is if hubby even wakes up. Men sleep more heavily than women (who sleep longer), so he may not even know she’s serenading him in her sleep. Women are generally disturbed by a partner snoring and will take measures to get the problem resolved whether it’s turfing him to the spare room or booking a session at a sleep clinic. If a single man goes away with friends and keeps the whole campsite up, you can be sure he’s the laughing stock the next day and he’ll be in on the jokes. A woman snorer will be just as ridiculed, but it’ll be behind her back. It’s mortifying and neither feminine or sexy so it’s taboo to talk about.

So, if you are a woman who snores, what can you do about it?

Here are six steps to take:

You may need to lose a bit of weight. 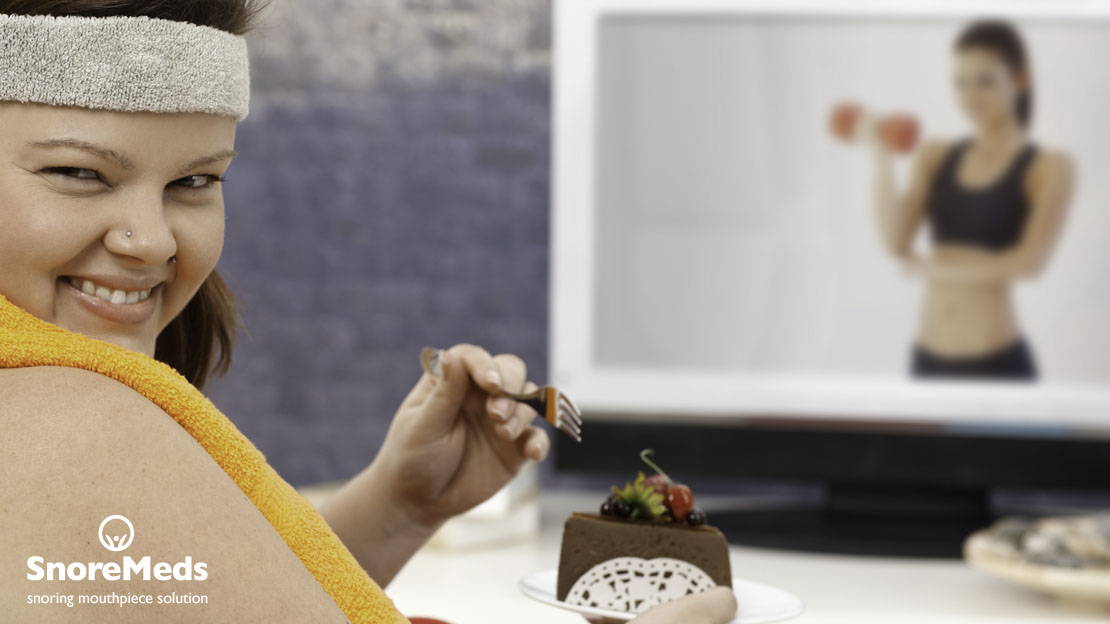 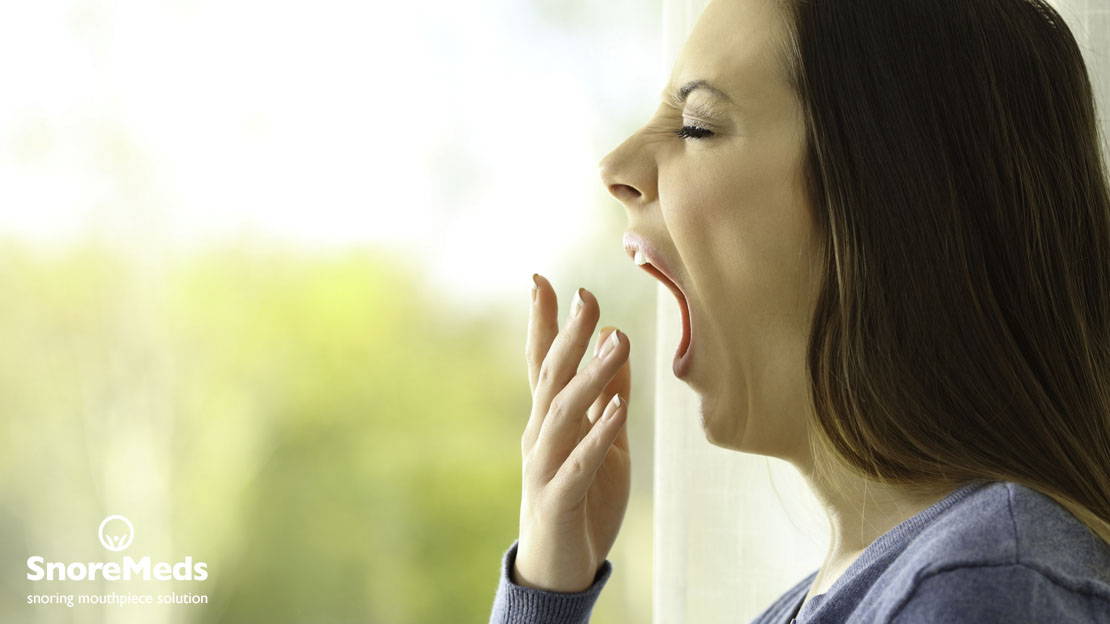 Excessive daytime sleepiness, fatigue, decreased libido, depressed mood, headache, impaired concentration and obesity are all symptoms associated with snoring and sleep apnoea, however, these symptoms also suggest hypothyroidism. Hypothyroidism in snoring women is statistically higher than it is in men. In one study with obese individuals, their snoring and sleep apnoea reduced significantly following hormone therapy, as did their BMI. Thyroxin therapy was also given to snorers who were not obese and similar results were obtained with a reduction in their snoring and excessive daytime sleepiness. The condition is diagnosed with a simple blood test - no mess, no fuss - and if your thyroid is giving you trouble, getting treated will make you feel on top of the world.

Sort out your allergies 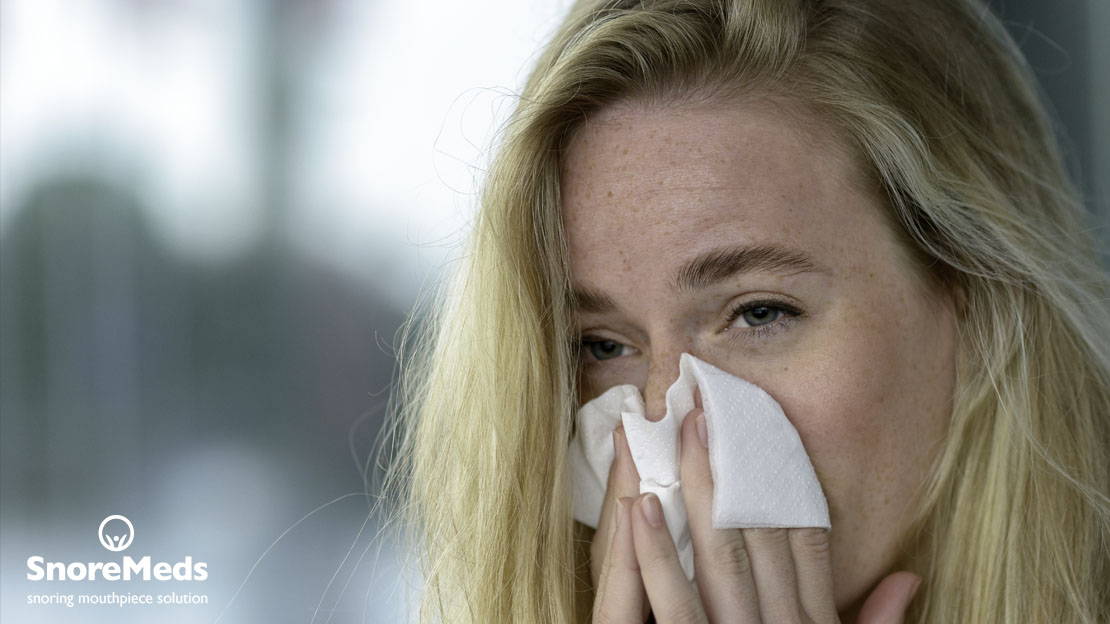 Nasal congestion is a cause of snoring and allergies are often a culprit of night-time sniffles which lead to blocked airways and snoring. There are myriad treatments for allergies ranging from home remedies to prescription medications so there’s no excuse not to treat it if this is the cause of your snoring. 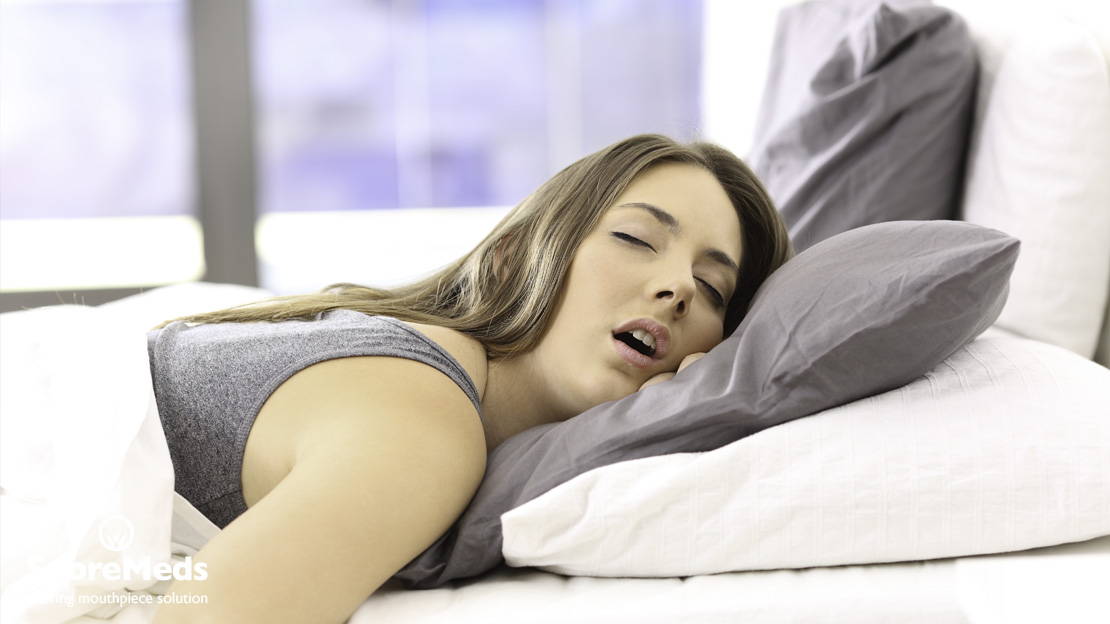 Sleeping on your back can lead to snoring as your airways collapse, leaving less room for air to pass through. A simple solution to your nightly nasal concerto could be to sleep on your side. Just make sure you align your spine well to avoid back and neck pain.

Alcohol makes you relaxed. Yay! But that relaxes your airways, too. Nay! Being tipsy certainly leads to snoring so simply drinking less before bedtime could tackle your snoring. 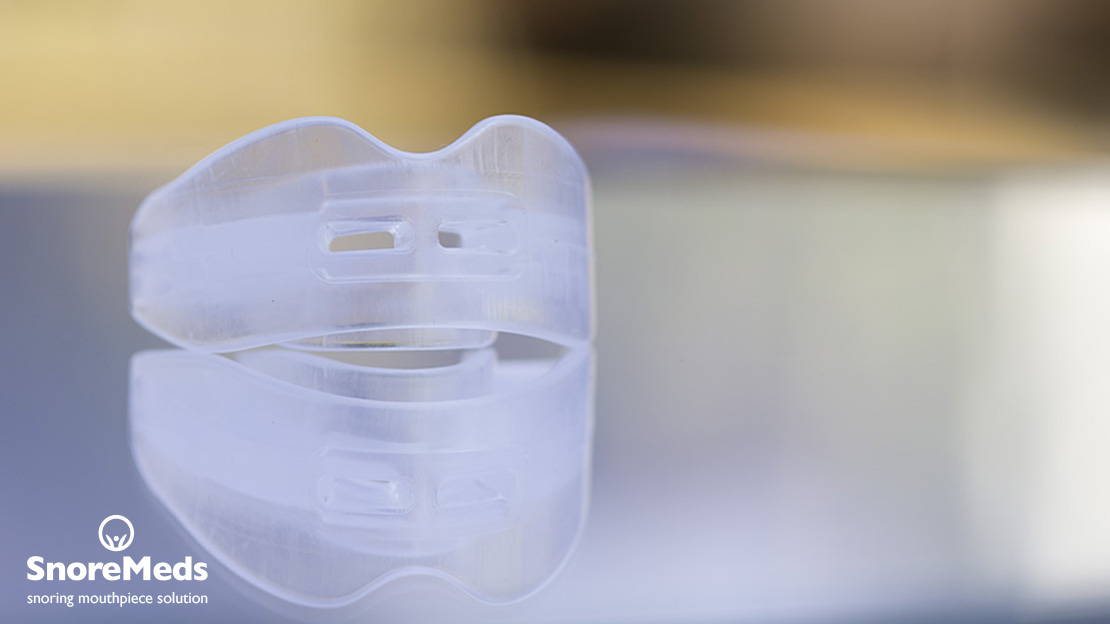 Anti-snoring mouthpieces, such as SnoreMeds, reduce snoring by gently holding the lower jaw, soft pallet and tongue forward allowing you to breath through two breathing holes in the front. Comfortable and easy to mould, SnoreMeds mouthpieces come with a money-back guarantee. Tried and tested by over 250 000 people all over the world, SnoreMeds mouthpieces are a simple solution for a serious problem and women have definitely not been ignored – the SnoreMeds mouthpiece for women is a small fit and specifically designed making it comfy and effective.