FREE SHIPPING PLUS $5.00 OFF ALL VALUE PACKS 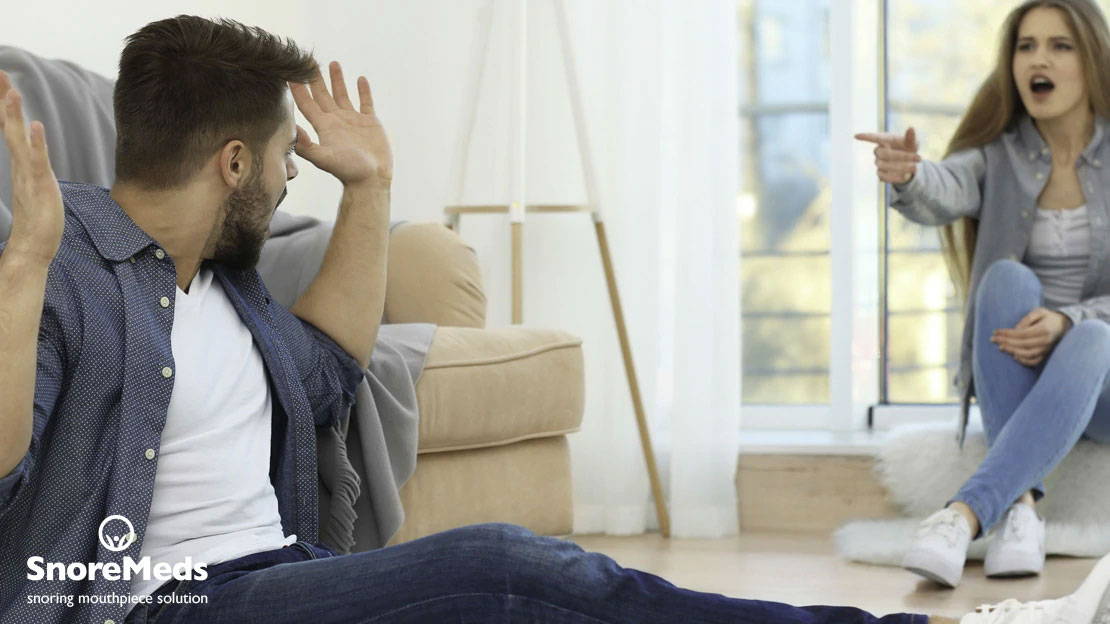 In a recent survey about men’s habits that women can’t stand, snoring came out tops with a staggering 46% of the votes – a very broad lead considering the runner-up, flatulence, only hit 33%.

More than a quarter of Americans recently confessed that a snoring bed partner makes them annoyed or angry, with one in five saying a snoring partner could drive them out of bed altogether. With the ratio of men-to-women who snore stacked on the male side, most of these frustrated partners are likely to be women.

Why is snoring so vexing for women, though?

Simple – if your partner snores, you don’t sleep. Although flatulence, chewing loudly, messiness, biting their nails and picking their nose are all annoying habits that women can’t stand, none of them affect their physical, psychological and emotional health beyond a bit of irritation. Sleep deprivation is linked to increased stress, anxiety, an inability to control your temper and will negatively impact judgement, the ability to learn and retain information and your concentration. If you don't get enough sleep for days or weeks on end, you can become snappish and less understanding of problems. Now turn that into two partners suffering from sleep deprivation, and the result will likely include more fighting and rash decision making. The increased arguments and resentment on both sides can lead to more strain on relationships and eventually a break-up or divorce, sometimes without either party realising that the snoring is actually to blame. 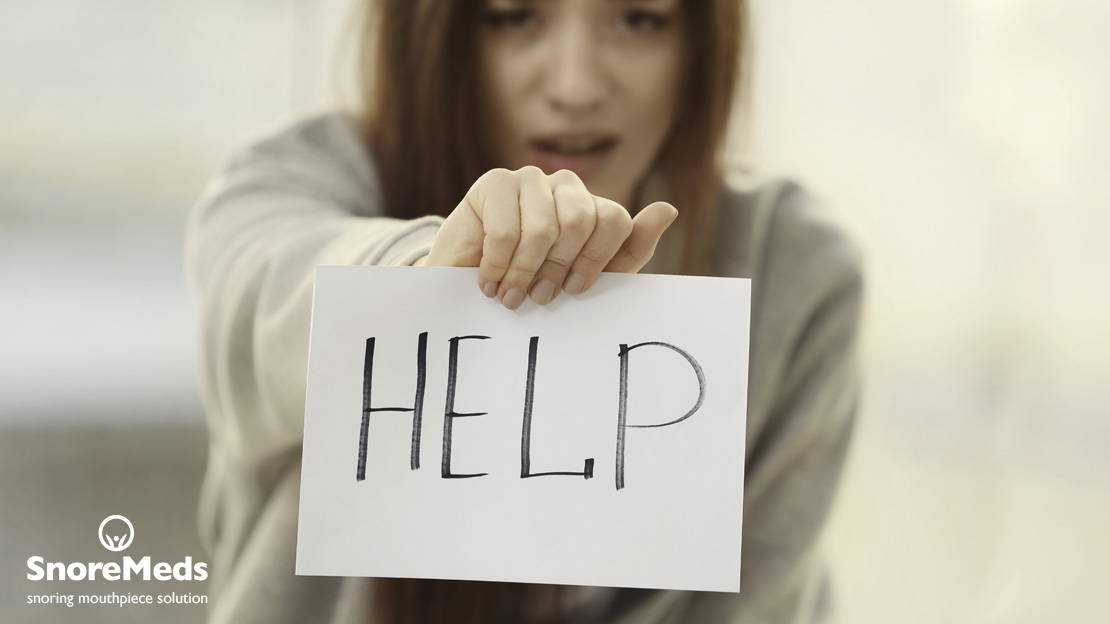 One of the ways couples try to solve the issue of one party snoring is separate sleeping arrangements. This does work for some couples, but for many, the partner who is banished to another room because they snore might feel cast out and the partner who voluntarily leaves for might feel unfairly forced out of their own bed. The person remaining in the bedroom, whether or not they are the snorer, might feel abandoned. These feelings can surface even if sleeping separately is a solution both partners agreed upon and this will have detrimental consequences for the relationship in the long term. For many couples sleeping side by side is an essential element of the intimacy in their relationship and it just can’t withstand losing it. Modern life is also so busy and not having the chance to talk until they fall asleep can mean intimate conversations that simply never happen, eroding the strength of the marriage.

A lifestyle change is often a good solution to snoring as having packed on the weight is a common cause. Women can support their males partners in weight-loss endeavors by pledging to their own lifestyle changes. It’s often less daunting to diet and exercise if your significant other is going to be by your side. The key element to broaching this solution is kindness and compassion. Although it’s unlikely a man will be quite as offended if his wife tells him he snores than vice versa, suggesting that someone may be snoring because they are fat is always going to be hurtful, so choose your words wisely, and ensure to stroke that ol’ male ego a bit before you launch into the awkward bit. 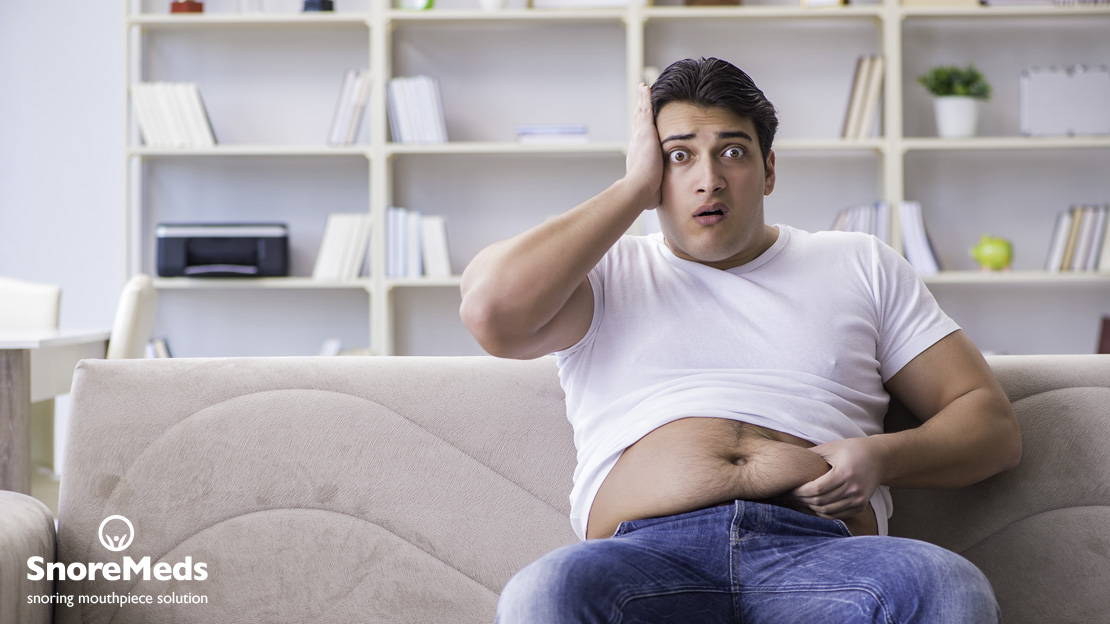 Another approach is sending him to the doctor to discuss his snoring, in the hopes that the doctor will either diagnose a respiratory condition as the cause (hold thumbs – they are usually easy to treat quickly and effectively) or point out that the extra pounds your beloved is packing could be the cause which is likely to be less of a blow than you bringing it up.

Otherwise, an anti-snoring mouthpiece might be a good solution for you as it will end your man’s snoring immediately. The comfortable, moldable SnoreMeds mouthpiece offers an effective solution to snoring by repositioning the lower jaw and allowing air to flow freely through the throat and nasal passages and reducing the friction in the airway that causes snoring. After quickly dipping it in hot water and molding it to his mouth, it’s as simple as inserting it, much like a gum guard before he goes to bed. Thousands of happy customers report that it is the most effective, instant solution that they’ve found and many have credited it with saving their relationship.

So, if you agree with 46% of women that snoring is a man’s most annoying habit, be encouraged by the fact that there are many solutions available. Just be sure to choose one before snoring ends your marriage.